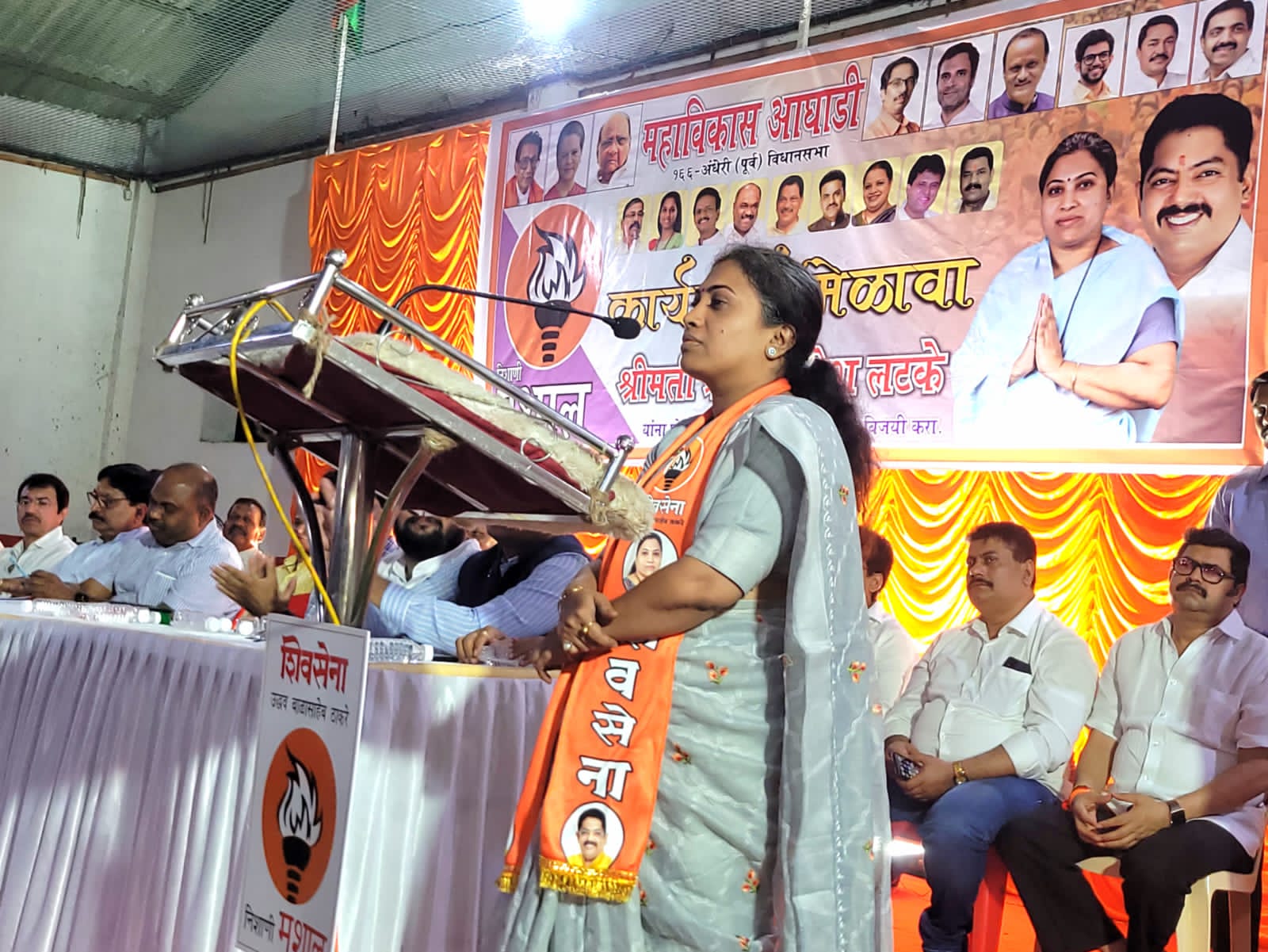 The MNS’ appeal to Fadnavis and its decision to not contest the bypoll has generated intense political discussion given Raj Thackeray’s political rivalry with his cousin Uddhav Thackeray. The late Latke belonged to Shiv Sena.

After the death of MLA Ramesh Latke, his widow has filed for candidature in the Andheri east by-poll. I request you to not fight any candidate against her. This will be an honourable tribute to the departed soul.@Dev_Fadnavis pic.twitter.com/OE8CDZkQsX

Notably, the last date for withdrawal of the nominations for the bypoll is October 17.

Fadnavis said the proposition of Raj Thackeray will be discussed seriously with BJP leaders and Chief Minister Eknath Shinde and the final decision will be taken only after a discussion with senior leaders in BJP.

He also said whenever there was a proper communication or appeal made to BJP, it was responded to properly.

Rutuja Latke, the wife of the late Latke, is ‘Shiv Sena Uddhav Balasaheb Party’s nominee for the bypoll and enjoys the support of the Nationalist Congress Party and Congress. She is up against Bharatiya Janata Party’s Murji Patel, backed by ‘Balasahebanchi Shiv Sena’ led by Shinde.

In a letter addressed to Fadnavis and posted on social media, Raj Thackeray said the MNS will not be contesting the byelection to show its reverence for the deceased legislator.

Pawar said the term for the new member (MLA) will be just one-and-half years. The bypoll is being held because of the unfortunate death of Ramesh Latke. His wife is contesting the seat. Latke was a corporator and an MLA. His contribution must be taken into consideration.

“Huge efforts go into fighting bypolls, which is not required when the term is just for around one year,” he said, adding that five to six months are spent with the election code of conduct in place.

Uddhav Thackeray appreciated Pawar’s statement and said it showed the culture of Maharashtra, adding the death of a dedicated party worker causes tremendous pain to the outfit as well as to the family.

He recalled that Shiv Sena did not field candidates in bypolls necessitated by the deaths of the BJP’s Gopinath Munde and NCP’s RR Patil.

Appealing to Fadnavis, Raj Thackeray said, “I sincerely request you not to enter the byelection and field a candidate against Rutuja Latke. I have witnessed late Ramesh Latke’s journey and growth in the political arena.” “Ramesh Latke was an old colleague and I have personally seen his political growth from a humble party worker to an MLA. I felt there is no need to contest against his wife, as there is not much time left for the next Assembly elections,” he said.

The MNS chief said if BJP does not contest this bypoll, it will send a good message to society. “There is a difference between Maharashtra and other states when such situations arise,” he stated.

“The nominations have already been filed and the election is forced on us because of the BJP. The BJP has contested similar bypolls in the past when the election was necessitated due to a sitting MLA’s death.” BJP MLC Prasad Lad said, “Neither Uddhav Thackeray nor any of his colleagues contacted the BJP requesting or appealing to its leaders to not contest the bypolls. They were sitting in their ivory tower.” Speaking to reporters, Rutuja Latke said, “I had earlier thought that this will be a unanimous election, but I am ready to fight the bypoll.” Fadnavis said, “In earlier instances when there was proper communication, we had decided not to contest bypolls. For instance, when NCP leader and former home minister R R Patil died. It is not like we (BJP) never considered opting out of a byelection. Whenever there is a proper communication or an appeal made to us, we have responded properly”.

He stated that BJP leader Ashish Shelar had met Raj Thackeray at the latter’s residence during the day with a request to support the BJP’s candidate in the bypoll.

Meanwhile, Maharashtra BJP chief Chandrashekhar Bawankule exuded confidence that his party will win the bypoll and claimed every vote to the Uddhav Thackeray-led Sena faction means supporting the NCP and Congress.