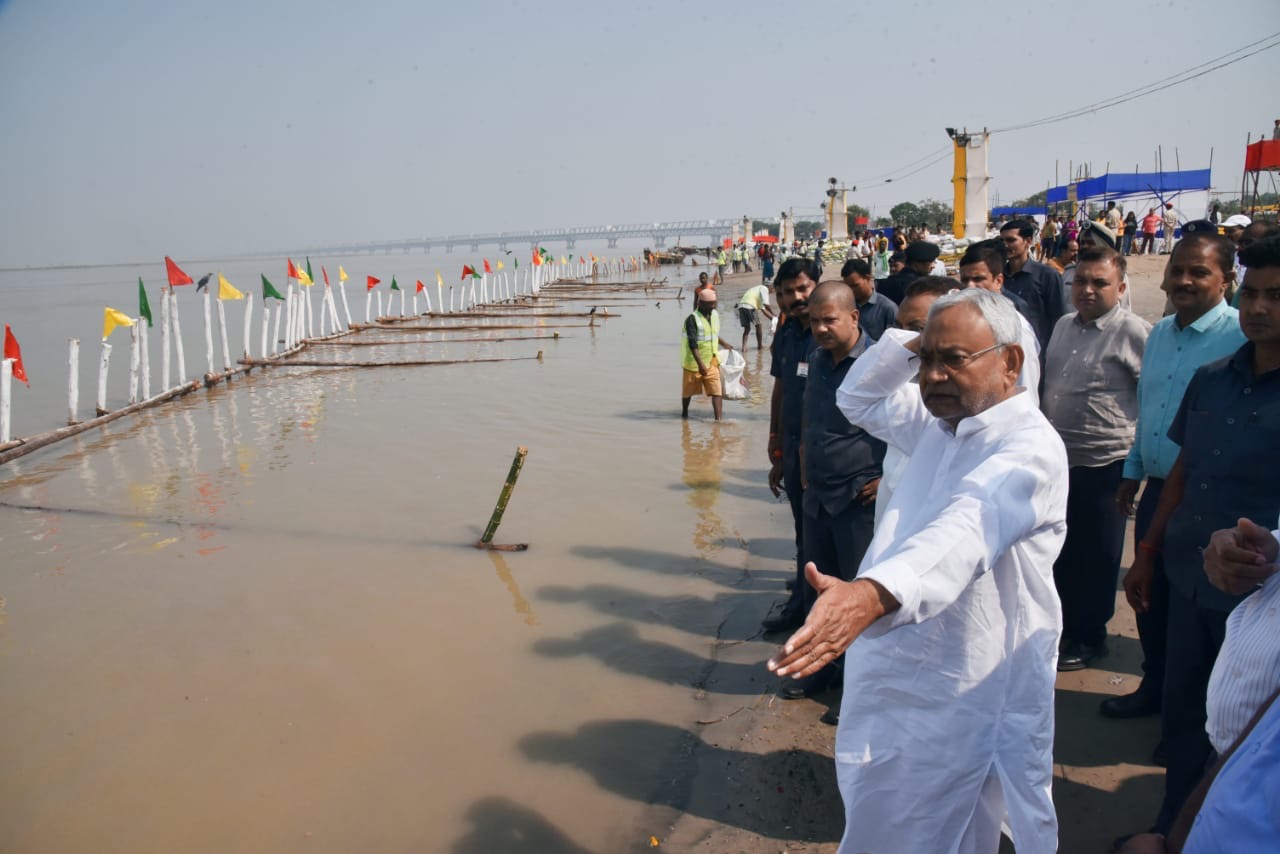 PATNA: Bihar Chief Minister Nitish Kumar on Wednesday hit the road to inspect ghats along the river Ganges in the state capital which will be teeming with crowds for the next few days as part of Chhath festivities.

Kumar ditched the steamer ride that he had been undertaking, so far, as the septuagenarian was recovering from bruises he received recently when his steamer had crashed into a pillar.

This was revealed by the longest-serving chief minister of the state himself when, at one point, some curious journalists inquired about what appeared as a departure from his annual drill.

Just have a look at my wound, said the 71-year-old chief minister, otherwise known to be a stickler for privacy and reserve, as he pulled up his kurta to reveal a gash on his belly.

The CM said he had also hurt his leg and his abdomen bruise has caused him to avoid taking the front seat in his car which would require him to wear the seat belt.

Notably, the administration had claimed that all occupants of the steamer, which rammed into one of the pillars of the JP Setu, were “safe” and shifted to another ship.

The CM also noted that not all the ghats had adequate arrangements and instructed officials to “call a press conference and announce which of the ghats had proper facilities for common people”.

He also underscored with pride that he has been inspecting ghats, ahead of Chhath, every year since 2006.

The Bihar CM is also known for his steamer rides on the day of the festival when he used to wave at the massive crowds greeting him with roars of “Chhathi Maiya Ki Jai” before getting busy with prayers offered to the setting sun.

The most popular festival of Bihar which transforms the state into a huge carnival for three days, Chhath begins with “Kharna”, falling on Saturday evening this year, when devotees heartily undertake a grueling 36 hours long fast.