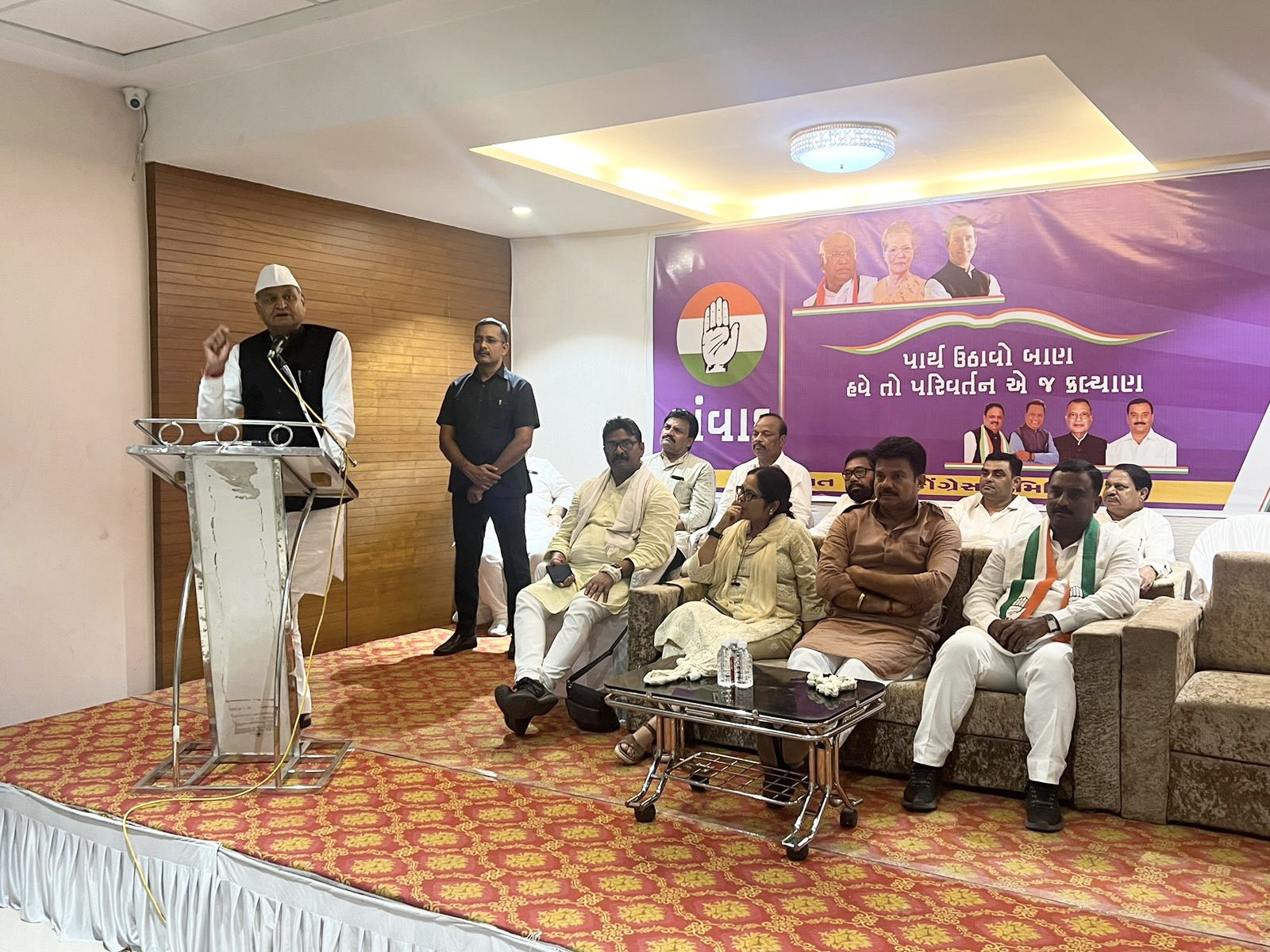 Gehlot, a senior Congress observer for Gujarat polls, did not see the possibility of the Aam Aadmi Party (AAP) creating any impact in elections, saying the Arvind Kejriwal-led outfit has just created a hype in the media and it was “non-existent” on the ground in Gujarat.

“The BJP has been ruling Gujarat for the last 27 years and I can say that anti-incumbency against the BJP is the highest this time. While people are opposing BJP’s ongoing Gaurav Yatras, they are welcoming the Congress in the state during poll campaigning. We (Congress) will definitely form a government this time. It is necessary to end the BJP’s misrule,” said the Rajasthan Chief Minister.

He was talking to media persons in Vadodara city after addressing a poll rally in the tribal-dominated Dahod town. The Congress veteran lashed out at the BJP over issues like unemployment and inflation.

“The BJP is destroying our Constitution and democracy is under threat. Anyone who writes against them is put behind bars. Unemployment and inflation are touching new heights. The overall situation in the country is very serious,” said Gehlot.

He said Prime Minister Narendra Modi’s ‘Adarsh Gram’ and ‘100 Smart Cities’ projects have failed to take off during the BJP’s eight-year-long rule at the Centre. The CM said the saffron outfit has stopped talking about issues it had raised earlier.

“Now, the BJP does not talk about bringing back black money from abroad. There is a huge difference between promising something and doing it. People know the Congress will fulfil what it promises. That is why Rahul Gandhi is getting grand welcome during his Bharat Jodo Yatra,” claimed Gehlot.

Talking to reporters at Dahod, Gehlot said the AAP is “misguiding” the people of Gujarat with false claims.

He alleged AAP chief Arvind Kejriwal is controlling the media using money. “The AAP is not in the picture in Gujarat. In television debates, both – the person who asks questions and the one who gives answers – belong to the AAP. They have only created a hype in the media. But, in reality, the party is non-existent on the ground in Gujarat,” Gehlot said.

Earlier in the day, Gujrat BJP president CR Paatil, while addressing a rally in Patan, said the Congress has now become a regional party and it was no longer an outfit with national footprints. Reacting to Paatil’s comments, Gehlot said its the BJP, and not the Congress, which is a regional party.

“The Congress is the real national party. It’s the BJP which is a regional party. Though it is in power at the Centre, the BJP is not ruling all the states. We are the ones who played a key role in India’s independence, while they were the informers of the Britishers,” said the senior Congress leader.