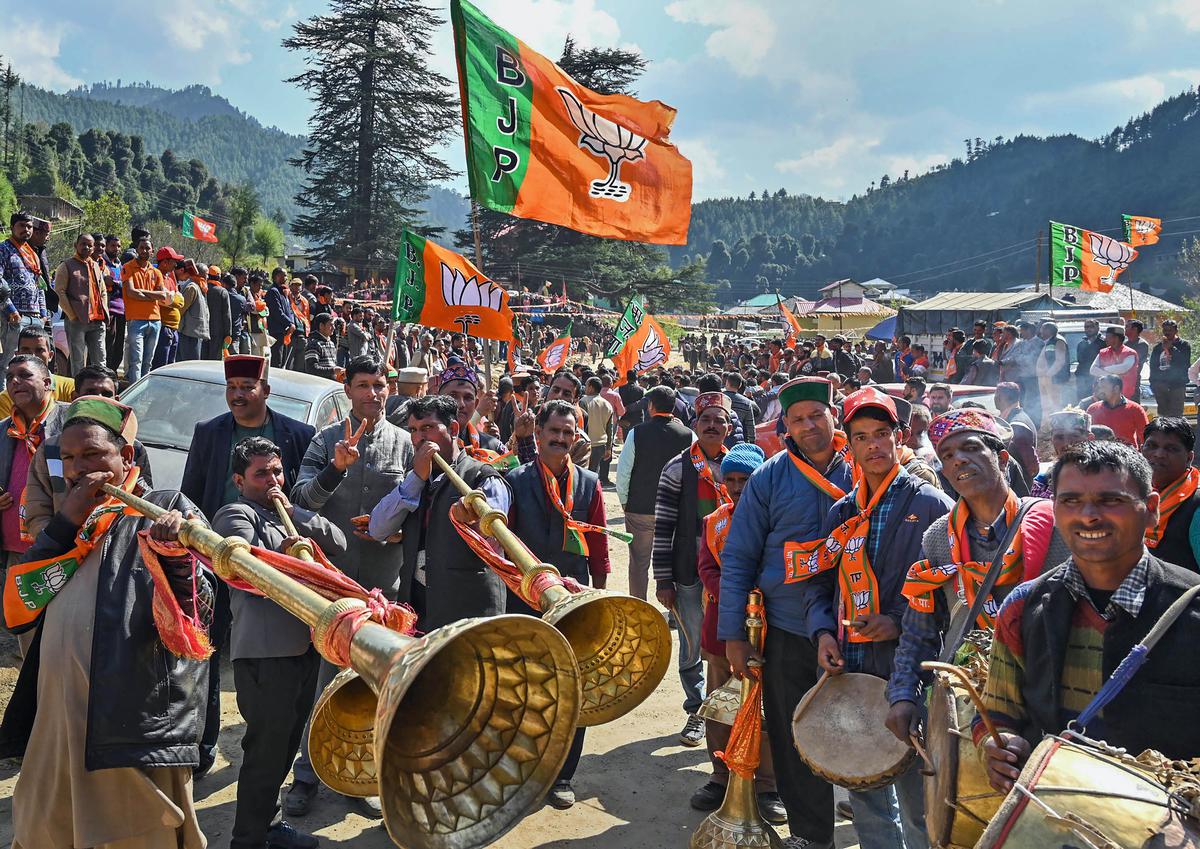 SHIMLA: With only a few days to go for the Himachal Pradesh Assembly polls, the rebel factor is wearing down both the ruling BJP and the opposition Congress, with top leaders of both camps working overtime to blunt the impact of dissent.

Though both the parties have managed to quell the rebellion in some of the state’s 68 seats, they had to crack the whip against certain unhappy former lawmakers and ministers who refused to toe the party line on official candidature.

Even after the efforts to edge out the in-house challengers, the Congress still has about a dozen rebels left in the fray and the Bharatiya Janata Party (BJP) has around 20 after the last date of withdrawal of candidature, which was October 29.

The BJP, which prides itself in discipline, has expelled five of its top leaders, including four former legislators and a vice-president of the party, for six years after failing to make them fall in line.

The Congress has similarly acted against six of its leaders, including a former minister and a former speaker of the state Assembly.

”The rebels will face the same fate as that of the four former MLAs and the state vice president. Dissidence will not be condoned,” a BJP leader said.

The Congress too sounded firm on the issue. The grand old party, pitted against an aggressive, incumbent BJP, asserted that the rebels would bite the dust as they did not subscribe to the party’s discipline and ideology and were like a rudderless ship.

No matter how smug they sound on the surface about the potential of the dissenters to disturb the proverbial applecart, the Congress and the BJP know that their electoral calculations are precariously hinged in a seemingly tight contest.

With the full impact of new entrant Aam Aadmi Party (AAP) yet to unravel, the rebels can definitely spoil the poll arithmetic in a state where the Congress and the BJP have been forming governments alternately for decades.

The BJP is urging people to buck the trend of voting out the incumbent government, as has been done by the voters of Uttarakhand and Uttar Pradesh.

The Congress on the other hand is cautioning people against defying tradition, with party general secretary Priyanka Gandhi Vadra urging the voters to show the door to the BJP.

The rebels are, however, set to determine the poll outcome in several seats.

Former minister Ganguram Musafir, who was also the speaker of the Assembly earlier, is contesting as an Independent candidate from Pachhad against Congress’s Dayal Pyari, who defected from the BJP recently. Musafir had lost the 2017 polls.

Jagjiwan Pal has thrown his hat in the ring in the Sullah constituency in Kangra, after being denied a poll ticket. The Congress has fielded Kapil Sapehia from Sullah. Pal had lost the 2017 polls to the BJP’s Vipin Singh Parmar, who has been renominated by the saffron party.

Former MLA Kuldip Kumar has emerged as a rebel in the Chintpurni seat against Congress’s Balvinder Singh. The BJP has fielded incumbent MLA Balbir Singh from the seat.

In Theog, two Congress rebels — Vijay Pal Khachi and Indu Verma — are in the fray against the party’s official candidate Kuldeep Singh Rathore, while in Chamba, Indira Kapoor, who was nominated earlier but later replaced with Neelam Nayyar, is contesting as an Independent.

In former chief minister Virbhadra Singh’s constituency Arki, his close aide Rajinder Thakur has been denied the ticket and has turned a rebel. Sanjeev Bhandari from Joginder Nagar and Mukesh Thakur from Jaswan pragpur are also rebel candidates against the Congress.

The ruling party had earlier replaced 11 of its incumbent MLAs, including Mohinder Singh, whose son Rajat Thakur has been nominated by the BJP from Dharampur.

Hiteshwar Singh, the scion of the Kullu royal family and son of former BJP MLA Maheshwar Singh, is in the fray from Banjar as a rebel. The Congress has fielded Khimi Ram, a former state BJP president, who subsequently defected to the grand old party, from the seat.

Hoshyar Singh won the last election as an Independent from Dehra and then joined the BJP. He is again in the fray — this time as a BJP rebel.

Vipin Nehriya, state BJP’s ST Morcha chief, is a rebel from Dharamsala, while Ram Singh is a rebel in Kullu against the saffron party’s Narottam Singh, who replaced Kullu royal Maheshwar Singh as the party’s official candidate.

Abhiehek Thakur, the son of former state minister Roop Singh Thakur, is a rebel in Sundernagar, Gian Chand in Nachan (Mandi) and Rajinder Dhirta in Rohru.

Polling in the hill state will be held on November 12 and the counting of votes will be taken up on December 8.