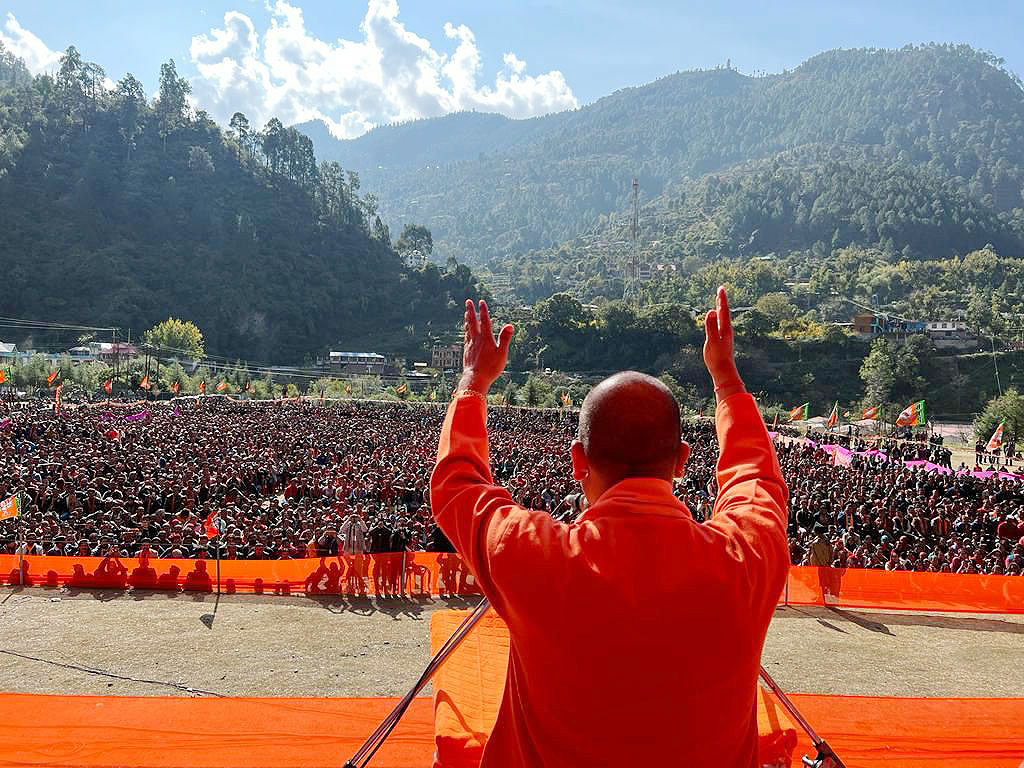 SHIMLA: Uttar Pradesh Chief Minister Yogi Adityanath on Thursday appealed to Himachal Pradesh people not to “waste” their vote on the Congress, alleging had they been in power at Centre, India’s borders would not have been secure and neither Article 370 scrapped nor Ram temple built in Ayodhya.

The country would have missed the efficient management of the Covid crisis by the Narendra Modi government and crores of Indians would not have received free vaccines, he claimed at poll rallies in Kullu, Mandi and Una districts on the last day of campaigning.

The Congress is seeking to wrest power from the BJP in Himachal Pradesh which goes to the polls on November 12.

“Would the ‘Har Ghar Nal’ scheme be implemented in Himachal Pradesh? Would Congress be able to give free vaccines and free rations during Covid?… When the Congress could not do all this and neither take care of your health nor give good institutes of learning or set up AIIMS or IIT here… why waste votes on Congress,” he posed.

Construction work of the Ram Temple in Ayodhya has crossed the halfway mark and will be completed by the end of 2023 ending a 500-year wait for a grand temple, Adityanath said, attributing it to the “decisive and strong leadership of Prime Minister Narendra Modi”.

He asked the people of Himachal Pradesh to “send the Congress packing like Uttar Pradesh had done in the assembly polls earlier this year”.

“Uttar Pradesh has a population of 25 crore and 403 Vidhan Sabha seats. Out of this, how many does Congress have?” Adityanath asked a gathering. Pat came the reply “two”.

“When a state like Uttar Pradesh has sent them packing, there should be no place for Congress in Himachal Pradesh too,” he said.

The country is scaling new heights in development under the Narendra Modi government. India’s graph on the global stage is rising and no problem in the world can be resolved without its involvement. India has become the world’s fifth largest economy surpassing Great Britain, Adityanath said.

He hailed Himachal Pradesh as the “land of bravehearts” as several youngsters from the state are in the armed forces. Earlier, the enemy used to carry out terror activities at will, but now they know they will be given a befitting reply, said the Uttar Pradesh chief minister.

Prime Minister Modi treats Himachal Pradesh as his second home and the BJP’s national president J P Nadda is also from this state, Adityanath said and appealed to people to bring BJP back to power.

There are great benefits of having “double-engine governments”. It helps accelerate development, he said.