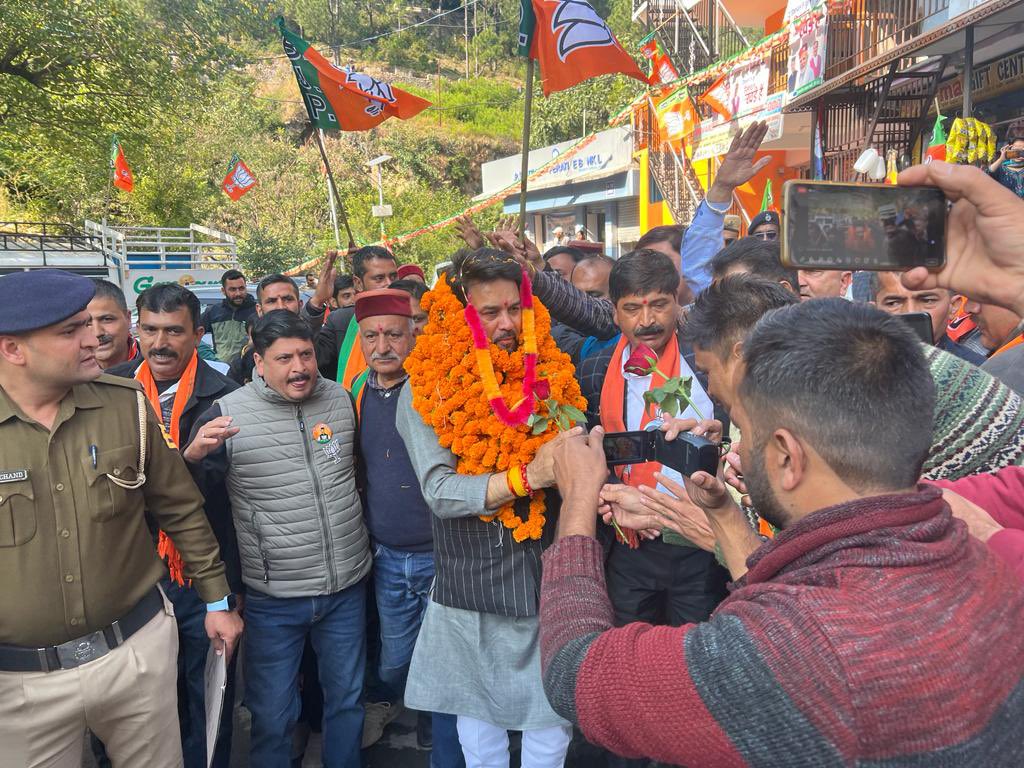 Addressing rallies on the last day of campaigning for the November 12 Assembly polls, Thakur said the Bharatiya Janata Party (BJP) governments at the Centre and in Himachal Pradesh have ensured all-round development of the state.

“Double engine” is a term often used by BJP leaders to refer to the party ruling at the Centre and in a state.

“Projects delayed for years were not only started but also completed,” Thakur said, addressing rallies in Shimla Rural, Kasauli, Sujanpur and Hamirpur.

Polling for the 68-member Himachal Pradesh Assembly is scheduled to be held on Saturday. The BJP is locked in a tough fight with the Congress to retain power in the state.

Thakur hit out at the Congress and accused the opposition party of putting up hurdles in the way of development projects in the state.

The Union minister said top leaders of the Congress are out on bail and the party is unable to give a guarantee about itself.

He claimed that Himachal Pradesh is set to change the tradition of alternate governments of the BJP and the Congress in the state.