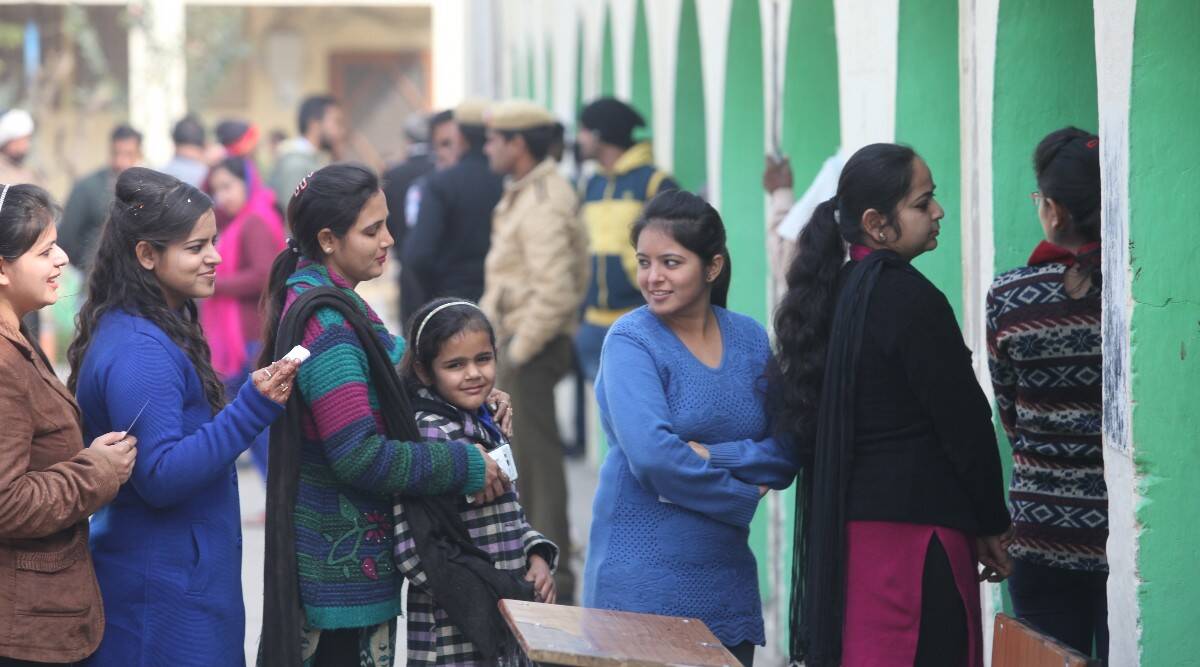 CHANDIGARH: Nearly 80 per cent polling was recorded in the second-phase panchayat elections in nine districts of Haryana on Saturday.

The polling was held for the post of 2,683 sarpanches and 25,655 panches in 57 blocks of Ambala, Charkhi Dadri, Gurugram, Karnal, Kurukshetra, Rewari, Rohtak, Sirsa and Sonipat districts.

The voting was held between 7 am and 6 pm, officials said.

Men, women and the elderly queued up at polling booths in these districts to cast their votes.

Around 79 per cent polling was recorded in these nine districts, according to data compiled by the Haryana State Election Commission.

In Karnal, there was a report of two rival groups clashing at Fatehgarh village in Nissing block and three persons sustained injuries in the incident. Police reached the spot and brought the situation under control.

In Ambala, there was a scuffle between two groups in village Jansua after one of the groups objected to casting of vote by a person.

One person was injured in the scuffle and he was admitted to the civil hospital in Ambala City. Police said they were investigating the matter.

There were 48,67,132 eligible voters in the second-phase polling, the officials said.

There were 5,963 polling stations in these districts, of which 976 had been categorised as “sensitive” and 1,023 as “highly sensitive”, they said.

The second-phase polling for zila parishads and panchayat samitis of these nine districts was held on November 9.

In the first phase, polling for zila parishads and panchayat samitis in Bhiwani, Jhajjar, Jind, Kaithal, Mahendragarh, Nuh, Panchkula, Panipat and Yamunanagar was held on October 30 and voting to elect sarpanches and panches was held on November 2.

The third and final phase of polling in the remaining districts to elect members of zila parishad and panchayat samitis will be held on November 22 and that of sarpanches and panches of gram panchayats on November 25.

While the results of the sarpanch and panch polls will be declared at the end of voting in each phase, those of zila parishads and panchayat samiti members will be declared on November 27 after all the three phases are completed.

In this article:Haryana, Haryana panchayat elections