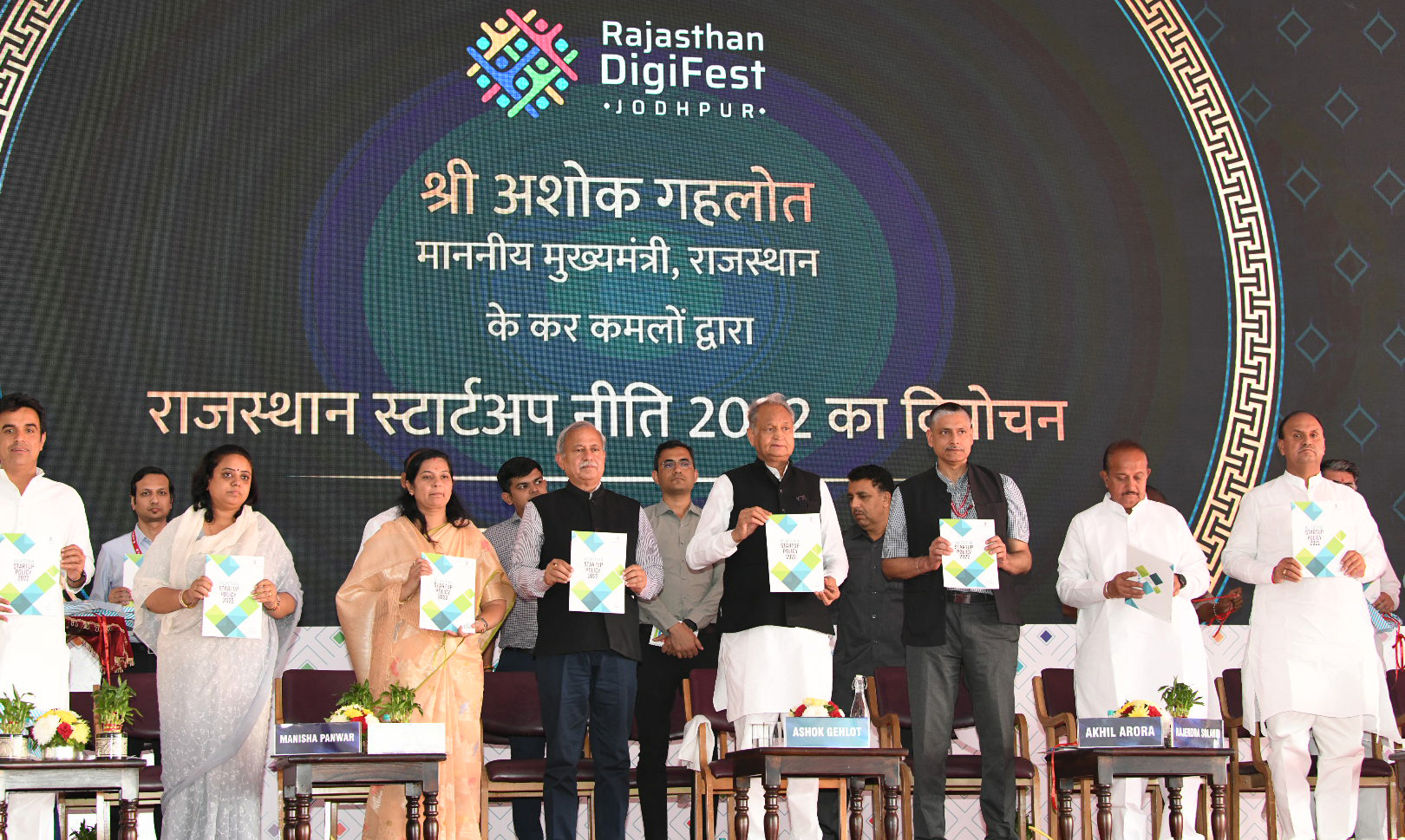 JODHPUR: Rajasthan Chief Minister Ashok Gehlot on Sunday said there is a strong anti-incumbency wave against BJP in Gujarat and voters will ”teach them a lesson” in this assembly election.

Polling for the Gujarat assembly election will take place on December 1 and 5.

Inflation, rising unemployment and poor infrastructure are a cause of concern in Gujarat and the people there will vote on these issues, he told reporters on the sidelines of Rajasthan Digifest 2022 here.

”Once upon a time, roads were in a good condition there, now they are not. Students are neither getting jobs nor are they being given employment opportunities. Even if they get jobs, their salaries are low. Employees are unhappy. There is a lot of fear among people in Gujarat,” the senior Congress leader said.

”In the upcoming elections, people will teach them a lesson. There is a huge anti-incumbency wave going on in the state which will be seen in the results of this election,” he said.

The Gujarat assembly elections are witnessing a three-way contest among the ruling BJP, which has been in power in the state for 24 years, the opposition Congress and the Arvind Kejriwal-led Aam Aadmi Party (AAP), which has kicked off a high-pitched campaign.

Gehlot, a senior All India Congress Committee (AICC) observer for the Gujarat elections, said the people of the state are ”fed up with unemployment and rising inflation.” ”There is no Gujarat model. That was Modi’s model which has been exposed completely now. The people have understood that the employment problem is terrible and there is inflation in the state,” he said. Gehlot exuded confidence over the Congress returning to power in Himachal Pradesh as well. The hill state went to polls on Saturday.

He said the Old Pension Scheme (OPS) had emerged as a key issue in Himachal Pradesh, and Congress’ assurance on bringing it back if elected to power has struck a chord with the voters.

”The scheme has become one of the major issues among the state’s workers. Congress will win Himachal Pradesh election and one of the biggest reasons behind it would be OPS,” he said.

On Rahul Gandhi’s Bharat Jodo Yatra, Gehlot said the focus of this initiative was highlighting issues such as inflation and unemployment and to ensure that no violence takes place in the country and people live with love, peace and harmony. ”Rahul Gandhi’s focus is to ensure that the country runs as per the Constitution. However, they (BJP) have flouted the constitution. Journalists, writers or litterateurs have been jailed,” he said.

”Through this yatra, Rahul Gandhi Ji is addressing these issues. This message is reaching every household in the country. The impact of the yatra is being felt in every house in the villages of this country,” he added. Gehlot refused to answer questions on his former deputy chief minister Sachin Pilot and his claim to the post of Rajasthan chief minister.