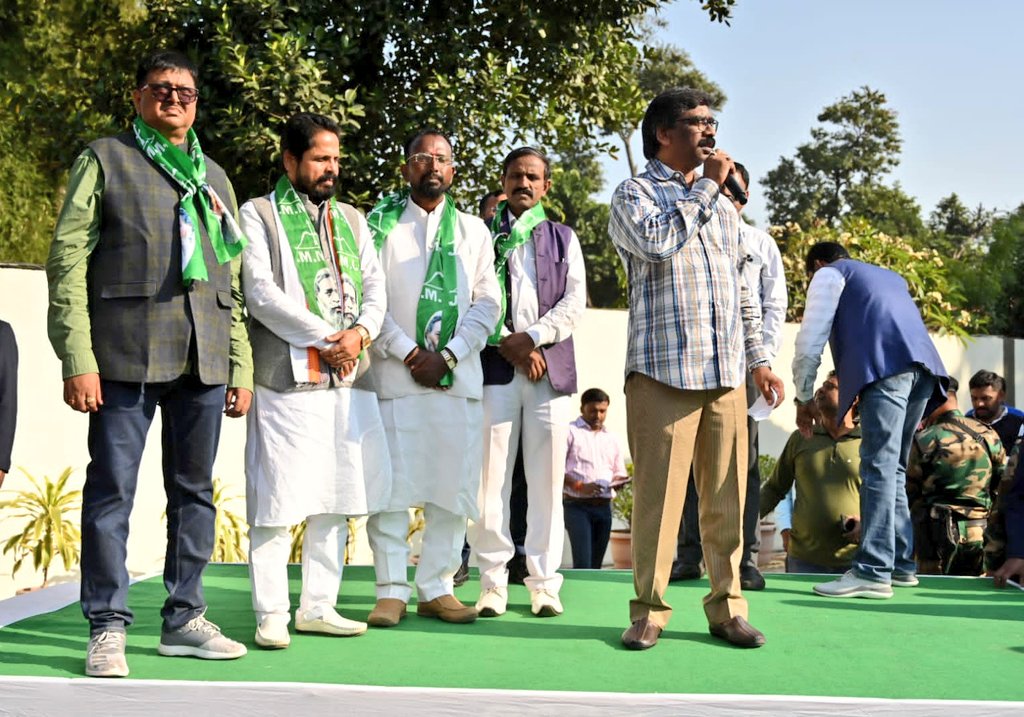 RANCHI: A day ahead of his appearance before the ED in a money laundering case, Jharkhand Chief Minister Hemant Soren Wednesday slammed the BJP and said that every conspiracy hatched against him will be thwarted.

In view of the ED’s summons the ruling UPA in the state is holding back-to-back meetings.

JMM is holding a separate meeting, while Congress has called a party legislators’ meeting in the evening.

A meeting of coalition partners is also likely to be held at the chief minister’s residence in the evening, where RJD, which has a lone MLA, will be present.

Soren slammed the BJP for the federal agency’s summons but did not name it. By hook or by crook, they want to remove me from power. I will foil their conspiracy.

He was speaking at a ‘Milan Samaroh’ in the chief minister’s residence where a former BJP legislator of Giridih district, Jai Prakash Verma joined Jharkhand Mukti Morcha (JMM) along with his supporters. Some RJD leaders too joined the JMM at the programme.

Soren said, We got a separate state (in 2000) after a long battle. But for about 20 years it remained in the hands of those (BJP) who never thought of the benefit of the state and who have nothing to do with Jal-Jungal-Jamin (land) and tribals.

The overall development of the state is only possible when rural and tribal development is given priority, the chief minister added.

Soren also said that time has come when ‘Moolvasis’ and ‘Adivasis’ will have to be united under one roof.

“Now, you have to decide whom do you want to choose – the rule of conspirators or Moolvasis-Adivasis in the state, he said.

In Jharkhand ‘Moolvasis’ refer to native non-tribal inhabitants of the state.

Speaking at the programme, Verma said Hemant Soren has been working for the welfare of Jharkhand since he came to power. But the opposition (BJP) is harassing him and trying to topple his government. So we decided to join JMM and support him.

The Enforcement Directorate has summoned Soren at its regional office here for interrogation on Thursday in a money laundering case linked to alleged illegal mining in the state. The chief minister had requested the ED to advance the date of appearance to Wednesday i.e November 16, which was not agreed to by the agency, official sources said.

Soren was initially summoned by the federal probe agency on November 3, but he did not depose citing official engagements and had even dared it to arrest him. He then sought a three-week deferment of the summons.

The CM has been asked to appear at the ED office on Thursday for questioning and recording of his statement under the Prevention of Money Laundering Act.

The agency has arrested Soren’s political aide Pankaj Mishra and two others – local muscleman Bachhu Yadav and Prem Prakash – in the case.

The ED said it has “identified” proceeds of crime relating to illegal mining in the state to the tune of Rs 1,000 crore till now.

In this article:Hemant Soren, Jharkhand