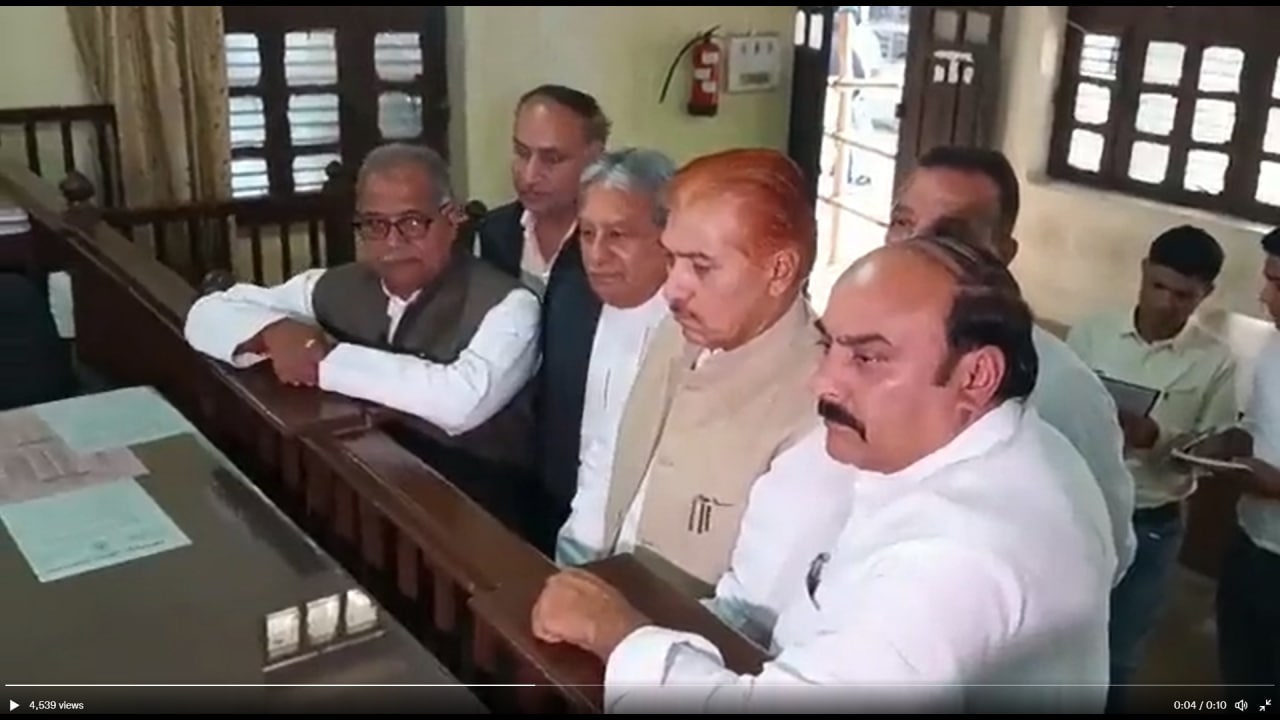 Madan Bhaiya who was declared as the RLD-Samajwadi Party alliance candidate on Sunday, arrived at the Collectorate office accompanied by leaders of both the parties to file his papers for the seat.

BJP candidate Rajkumari Saini, wife of Vikram Saini who was disqualified from the UP assembly after being convicted in a case necessitating the bypoll from the Khatauli seat, is expected to file her papers on Thursday, a senior BJP leader said here.

Talking to newsmen, Madan Bhaiya said he will contest the bypoll on issues related to farmers including sugarcane growers, minorities and unemployment.

He alleged that the BJP is trying to divert public attention from main issues of unemployment, price hike of essential commodities and farmers’ problems among others.

At the beginning of his political career, he unsuccessfully contested the assembly election from Khekada constituency in 1989 as an independent candidate while in jail. He was elected as a Member of the Legislative Assembly from the same assembly segment in 1991, while still in jail.

Later, Madan Bhaiya lost to the Bahujan Samaj Party candidate after he contested from the Loni of Ghaziabad in 2012, and in the 2017 elections, lost to the BJP candidate Nand Kishor Gurjar.

The Khatauli bypoll was necessitated following disqualification of the sitting BJP MLA Vikram Saini from the Uttar Pradesh Assembly after he was handed a two-year jail term by a court in a case related to the 2013 Muzaffarnagar riots.