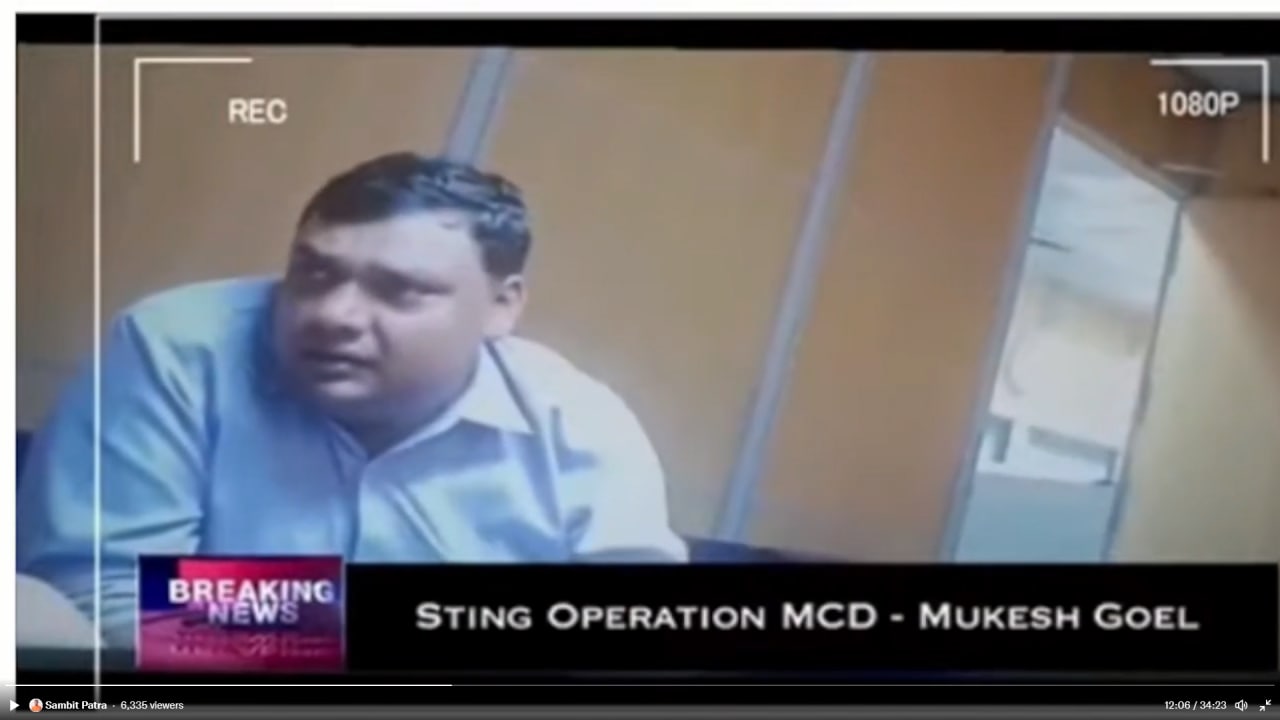 NEW DELHI: The BJP on Friday accused AAP leader Mukesh Goel of demanding money from a junior engineer of the Municipal Corporation of Delhi for giving gifts to political leaders. Goel dismissed the charge, saying he will take legal action in the matter.

AAP chief Arvind Kejriwal should immediately sack Goel from the party, BJP national spokesperson Sambit Patra demanded at a press conference while showing a video of the purported sting operation on the junior engineer.

”Goel demanded Rs one crore from the MCD junior engineer saying it was needed for giving Diwali gifts to 100-150 political leaders,” Patra alleged.

The BJP leader further claimed that Goel was the ”right hand” of Kejriwal, who never took any decision on MCD matters without consulting him.

Goel is the AAP candidate from the Adarsh Nagar ward in the MCD polls to be held on December 4.

Hitting back at the BJP, Goel said the video released by the party is a tactic to divert public attention from ”BJP’s corruption in the MCD”.

”It is a concocted video. We will take legal action against it,” he said. The BJP has been indulging in ”corruption” since the last 15 years in the MCD and this is a tactic to divert attention of the citizens. The Delhiites are frustrated with the BJP and it is going to lose in the upcoming polls, he added.

The AAP has set the record of emerging as the ”most corrupt” political party in the shortest time period, Patra said citing arrest of a relative of party MLA Akhilesh Pati Tripathi for taking money in return of MCD poll ticket, Patra said.

The AAP government’s corruption is now ”completely exposed” and Kejriwal should publicly explain Goel’s actions to the people of Delhi, he added. Commenting on the charge against Goel, Delhi Congress president Anil Kumar said the incident showed how public representatives become ”corrupt” after joining the AAP. Goel was municipal councilor for 25 years but there was no stigma of corruption attached to him but as soon as he joined the AAP he was forced to adopt corrupt ways, charged Kumar.