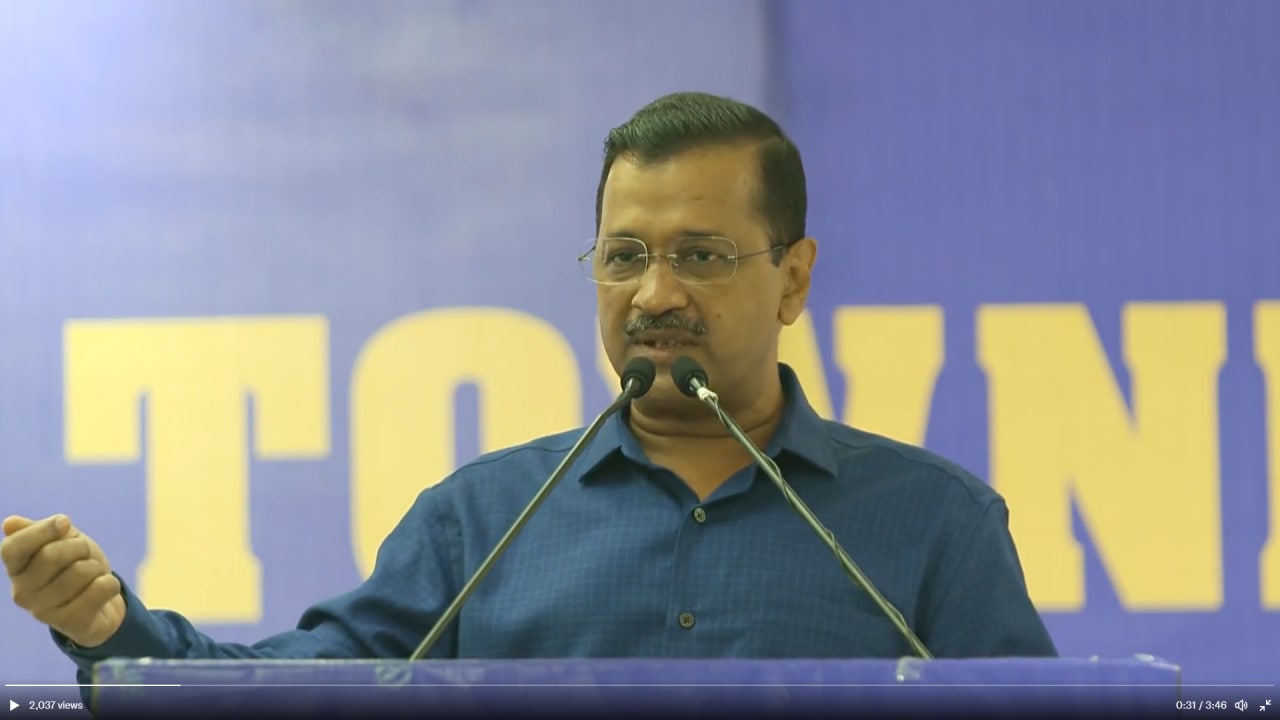 NEW DELHI: Delhi Chief Minister Arvind Kejriwal on Friday — a day ahead of the civic body polls — made an appeal to the voters to give one chance to the AAP to clean the ”corruption-infested MCD.” Addressing a Town Hall style meeting of traders in the national capital, Kejriwal said that it has never happened that the Delhi government and the MCD are under control of the same party, as he asked for change.

”There is a need for a change. Change is necessary. One of the biggest reasons for the change is ego. If there is no change, it results in an ego, exactly similar to what has happened with BJP in Gujarat. They are ruling MCD for 15 years and a change is required,” Kejriwal said.

”It has never happened in all these years that there is same party in the Delhi government and MCD. Let’s try to form a single-party government this time. I will also be comfortable. I will call both, the MLA and the councillor, and ask why the work was not done,” he added.

The Delhi Chief Minister alleged that the MCD was mired in corruption and BJP has no intention to clean it up.

”There is a problem of corruption in MCD. The intention is not clear. All problems would have gone, if they had clear intention. We have done several works. The problem of corruption would be resolved in three-four months if we come to power in MCD,” said Kejriwal. Traders from all over the city shared their woes with the CM, who assured them that their problems will be addressed.

The civic polls, spanning 250 wards, are due on December 4 with AAP, BJP, and Congress as three main contenders in the fray. Votes will be counted on December 7.