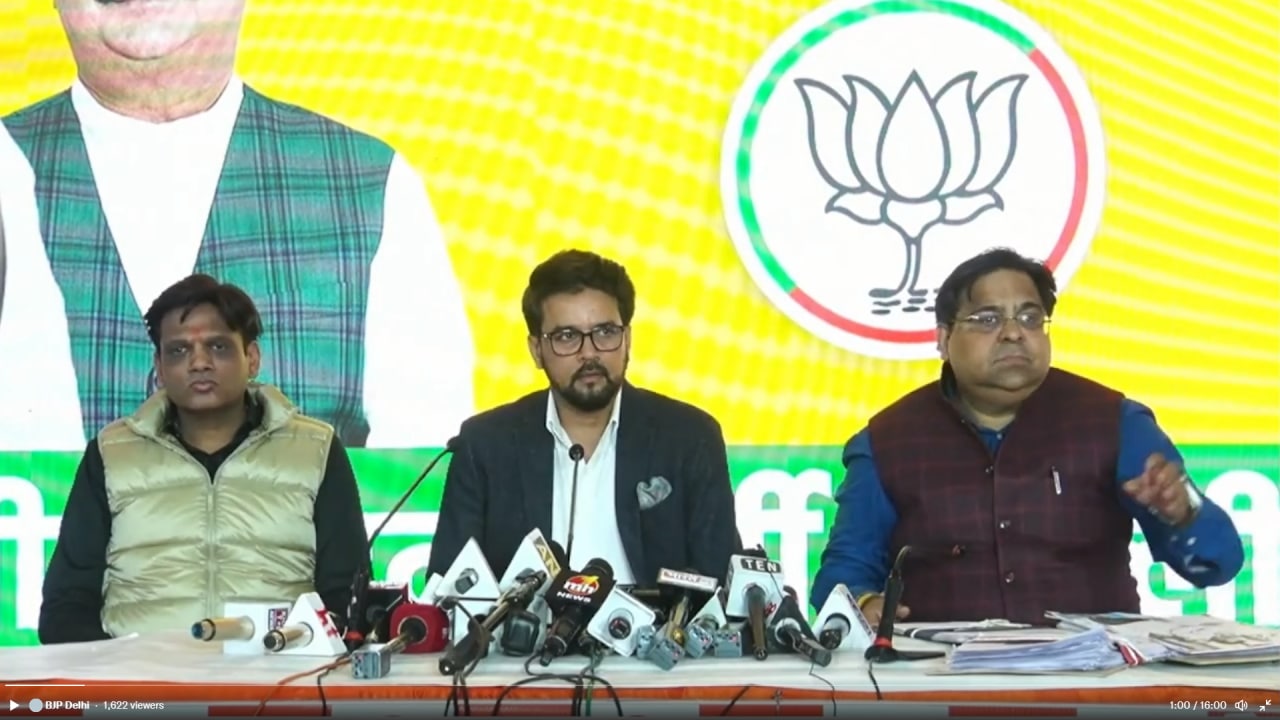 NEW DELHI: The BJP on Saturday alleged the AAP government introduced the “Lalu model” in a new avatar in Delhi and bungled crores of rupees by enlisting fake names as beneficiaries under the construction workers’ welfare board.

It is “Delhi’s Lalu model,” alleged Union minister Anurag Thakur at a press conference here, a day before the Municipal Corporation of Delhi polls.

An immediate reaction was not available from the Aam Aadmi Party on the issue.

Rashtriya Janta Dal supremo Lalu Prasad Yadav was convicted in the fodder scam of Bihar and was in jail in cases related to it.

“There (Bihar), cattle feed was gobbled up, here (Delhi) labourers’ right were denied,” Thakur claimed and alleged that Kejriwal and “his friends” bungled crores in the name of welfare of construction workers in Delhi.

The Anti-Corruption Branch (ACB) of the Delhi government has found that “ghost” workers were disbursed funds to the tune of Rs 900 crore by the AAP government’s Labour department, official sources had said earlier.

In 2018, the ACB had registered a case after they found bogus registration of employees under the Delhi Building and Other Construction Workers Welfare Board.

“Kejriwal has presented Lalu’s model in a new form. It has been found that there were fake names, addresses and mobile numbers of persons registered as construction workers. Even ‘kachori’ sellers and taxi drivers were enlisted as employers,” Thakur said, showing a bundle of papers.

Official sources had earlier said a preliminary inquiry by the ACB found “fraudulent disbursal” of funds to the tune of Rs 900 crore to “bogus and ghost” workers by the Labour department of the Delhi government.

“There are names of people in the lists from UP and Haryana. Who is responsible for bungling the funds of the construction workers in Delhi,” the minister said, reading out names and their addresses.

“There were liquor scam, classroom construction scam, bus scam and now this one. I wonder how Arvind Kejriwal is able to sleep at night,” Thakur said giving a slogan “Bhrashtachariyon ka yaar hai, Kejriwal gunahgar hai” (Friends with the corrupt, Kejriwal is guilty).

Sources had earlier said a random survey of registration papers by the ACB showed that 424 out of 800 were fake.

Over 17 lakh persons have been registered with Delhi Building and Other Construction Workers Welfare Board (DBOCWWB) as construction workers.

The Kejriwal government had provided financial assistance of Rs 5,000 each to registered construction workers to help them during lockdown imposed due to Covid.

Even last month, the Delhi government had announced a relief of Ra 5,000 each to registered construction workers as relief due to pollution-related ban on construction activities in the city.