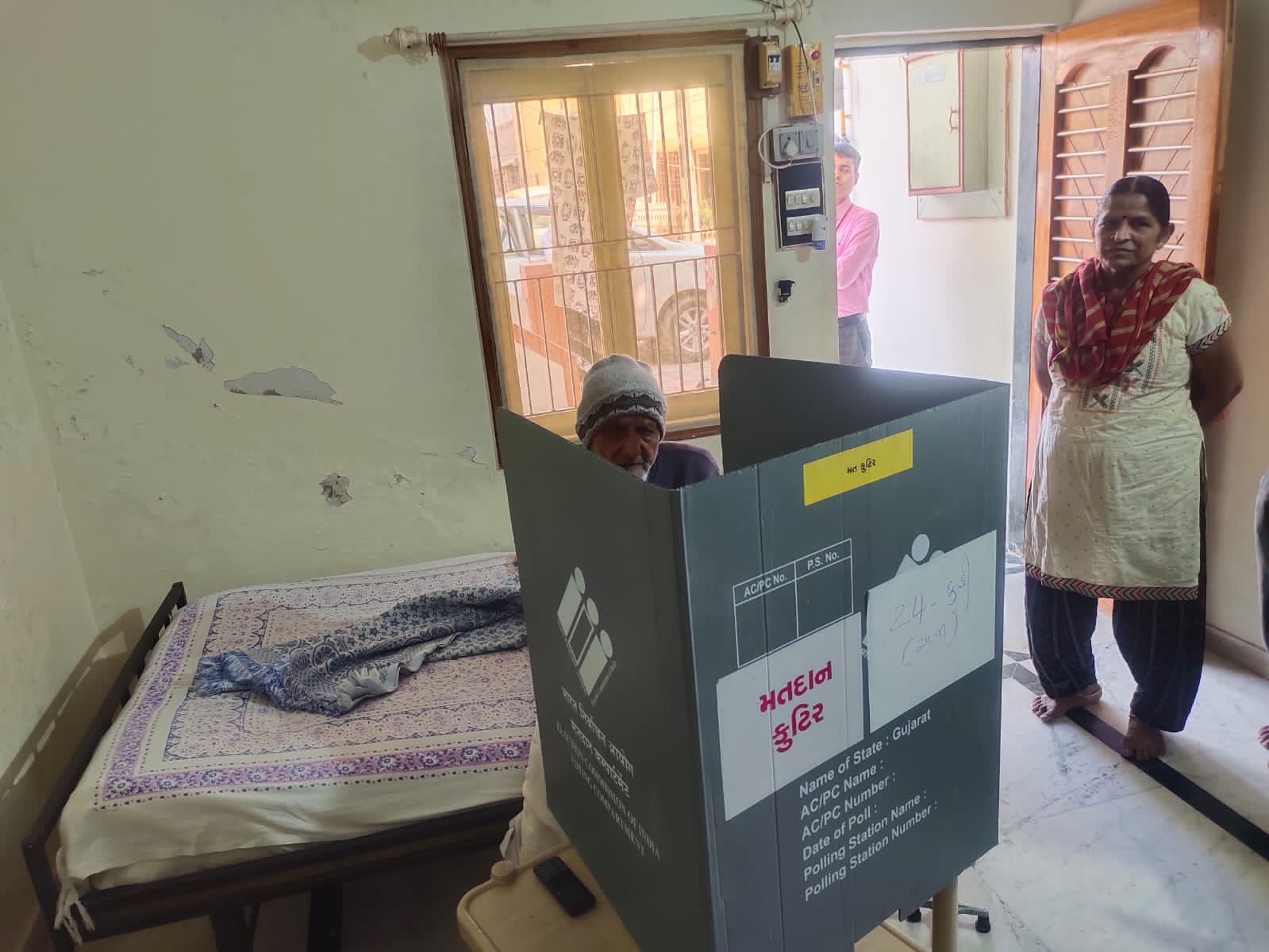 AHMEDABAD: Voting will be held on Monday in 93 Assembly seats across 14 central and northern districts of Gujarat during the second phase of the state polls.

In the 2017 Assembly polls, the ruling Bharatiya Janata Party (BJP) won 51 of these seats, Congress 39, while three seats went to independent candidates.

The high-voltage campaigning by different parties for the second phase of polls ended on Saturday evening.

The first phase of voting for 89 seats in Saurashtra, Kutch and south Gujarat regions was held on December 1, when an average voter turnout of 63.31 per cent was recorded.

The Gujarat Assembly has a total of 182 seats.

In the second phase, voting will be held in the remaining 93 seats, for which 833 candidates are in the fray from 61 political parties, including the BJP, Congress and the new poll entrant Aam Aadmi Party (AAP). The nominees also include 285 independents, as per the state election body.

The BJP and the Arvind Kejriwal-led AAP are contesting in all the 93 seats. The Congress is contesting in 90 seats and its alliance partner Nationalist Congress Party (NCP) has fielded candidates in two seats.

Among other parties, the Bharatiya Tribal Party (BTP) has fielded 12 candidates and the Bahujan Samaj Party (BSP) 44.

The 93 Assembly segments which will go to polls on Monday are spread across Ahmedabad, Vadodara, Gandhinagar and other districts.

Some of the important constituencies in the second phase include Ghatlodia (in Ahmedabad district) of Chief Minister Bhupendra Patel, Viramgam seat (also in Ahmedabad) from where Patidar leader Hardik Patel is fighting on the BJP’s ticket and Gandhinagar South from where Alpesh Thakor is fighting as the saffron party candidate.

Besides, Dalit leader Jignesh Mevani is contesting as the Congress candidate from Vadgam seat in Banaskantha district, and Leader of Opposition in the Gujarat Assembly Sukhram Rathva is the nominee from Jetpur in Chhota Udepur district.

BJP rebel Madhu Shrivastav is contesting as an independent candidate from Vaghodia seat in Vadodara district.

Prime Minister Narendra Modi conducted a whirlwind campaign for the BJP candidates on December 1 and 2, including two back-to-back road shows in Ahmedabad.

A total 2.51 crore voters are eligible to exercise their franchise for the second phase of elections, including 1.29 crore men and 1.22 crore women. There are 5.96 lakh voters in the age group of 18 to 19 years, according to the Election Commission.

The poll body has set up 14,975 polling stations for which 1.13 lakh election staffers have been deployed.