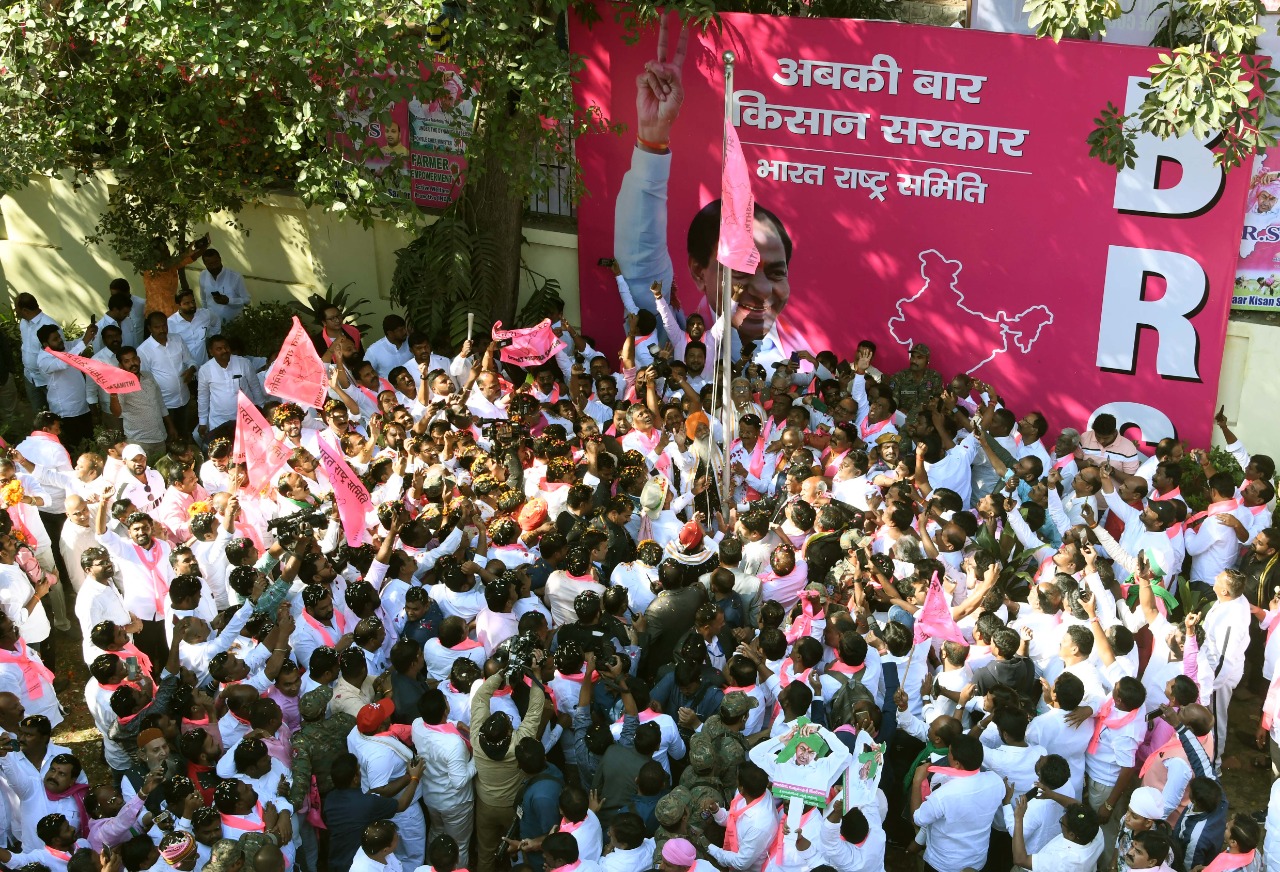 Rao hoisted the party’s flag and formally occupied the seat in the party president’s office at Sardar Patel marg, a prime location in the national capital.

On the occasion, a ‘rajasyamala yagam’ was performed by a group of priests which was followed by the formal inauguration of the office by Rao amid chants of vedic hymns.

“With the inauguration of the office in the national capital, the BRS has started its journey as national political party under KCR’s leadership and will expand its footprint across the country,” BRS MP Ranjith Reddy said.

Rao had founded the Telangana Rashtra Samithi in April 2001 with a single-point agenda of creating a separate Telangana state with Hyderabad as its capital. His party stormed to power in 2014 and Rao became the first chief minister of Telangana.

Twenty-one years after its formation, the TRS has officially transformed into the Bharat Rashtra Samithi (BRS).

Rao has been nursing national ambitions since 2018 to provide an alternative to both the BJP and the Congress. He has been meeting several regional leaders and chief ministers, including his Bihar counterpart and JD(U) leader Nitish Kumar, Tamil Nadu Chief Minister and DMK supremo MK Stalin to forge a united front of opposition parties.