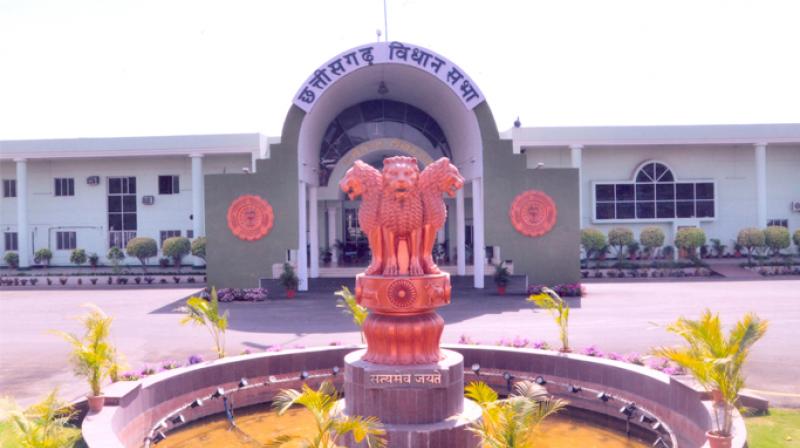 RAIPUR: The Bharatiya Janata Party (BJP) claimed in the Chhattisgarh Assembly on Tuesday that religious conversion in tribal-dominated areas has increased under the Congress government’s watch as the issue of vandalization of a church in Narayanpur during a protest figured in the House which also saw brief suspension of 12 Opposition members.

The Opposition party said Monday’s violent incident in Narayanpur city could have been averted had the police acted in time against complaints pertaining to alleged religious conversions.

A church was vandalized and six police personnel, including an IPS officer, were attacked and injured during a protest by a group of tribals in Narayanpur city, located around 300km from state capital Raipur, in connection with an alleged incident of religious conversion.

Senior BJP MLA Brijmohan Agrawal and other party legislators raised the issue and sought a discussion on alleged conversions in the state by moving an adjournment motion notice. However, the demand led to an uproar in the House as Congress MLAs countered their charges.

The Opposition legislators trooped into the Well of the House raising slogans like ”stop converting tribals”. Senior Congress MLA Dhanendra Sahu, who was in the Chair, announced the suspension of 12 BJP members and adjourned the House for five minutes.

After the proceedings resumed, Sahu revoked the suspension of the Opposition members. However, BJP legislator Agrawal his reiterated demand for a discussion on alleged religious conversions in the state.

Subsequently, BJP members displayed posters featuring messages that said the Congress government was against reservation for deprived sections, a move that again led to bedlam. Thereafter, Sahu adjourned the House for the day.

Talking to reporters in the Assembly complex, senior BJP MLA and former Chief Minister Raman Singh sought to corner the Congress government over the Narayanpur incident.

“The incident could have been averted had the police and administration acted in time over complaints of alleged atrocities by Christian missionaries on local tribal people who don’t want to get converted. The Monday’s reaction was in response to attacks on local tribals by missionary goons from outside the state,” Singh alleged.

He accused the Congress government of failing to maintain law and order in Narayanpur.

Reacting sharply to BJP charges, state Parliamentary Affairs Minister Ravindra Chaubey said religious conversions were not taking place in the state as alleged by the Opposition and termed the Narayanpur incident as a law and order issue.

The Home Minister was willing to give a statement on the Narayanpur incident in the House, but the BJP raised the issue just to create noise, he added.